Is Competition in Business Christ-Like? 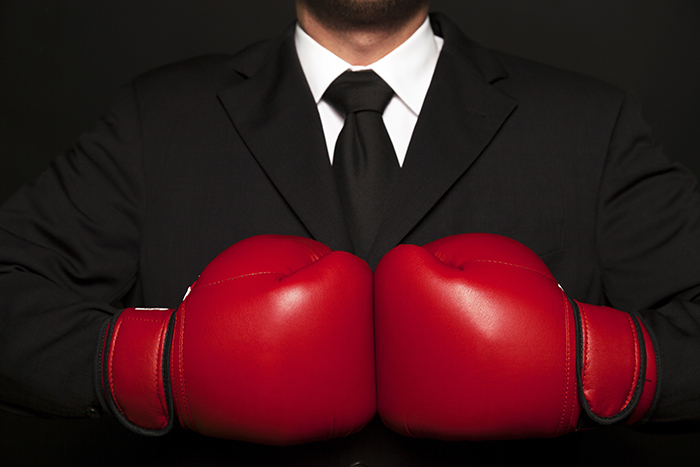 As Christians working in business, we know what Jesus has commissioned us to do: “make disciples of all nations” (Matt. 28:19). In short, this means that Christians are called to help the marketplace and those who come in contact with it to reflect the character and image of Jesus Christ.

Christians working in business are not exempt from this disciple-making mandate, and businesses themselves are vehicles God has provided to carry out this Great Commission. And discipling the marketplace begins with discipling our own industries in which God has placed us. God wants to use you and your company to disciple your entire industry.

But Christians working in business have a major dilemma here: How are we supposed to disciple our industries while competing for market share at the same time?

Is it even possible to compete against people and companies while discipling them for Jesus at the same time?

Discipleship = Setting the Standard in Your Industry

As Christian business professionals, this is the disciple-making attitude we should have: “Imitate me as I imitate Christ” (1 Cor. 11:1). We are called to set the standard, and the Standard for value creation in the marketplace—e.g. excellence, service, innovation, etc.—is Jesus Christ. Jesus is the fountain from which all value flows.

All of our marketing, accounting, customer service, human resources, and all other types of business practices should result in creation revealing more of God’s glory, which is Jesus Christ (see Heb. 1:3). As part of the Body of Christ, each of us has unique ways in which God has called us to make disciples, according to the gifts and assignments the Holy Spirit has given to each of us.

Where Socialism Falls Short Regarding the Great Commission

In Socialism, people are disempowered from taking a leadership approach to doing business. The emphasis is not on the creation of economic value and setting industry standards but on the redistribution of the wealth produced as a byproduct of such value creation and industry leadership.

Because discipleship in the marketplace involves leading others and setting the Christ-like standards that cause industries to reflect and reveal Jesus, Socialism misses the mark with regard to Jesus’ disciple-making mandate.

Where Capitalism Falls Short Regarding the Great Commission

Being laced with social Darwinism, pure Capitalism often looks more like a poker game—in which beating others is the name of the game—than an economic system aimed at making disciples of Jesus. In a poker game, nobody at the table is focused on helping the other players to win. As Albert Carr argued in his 1969 Harvard Business Review article, “Is Business Bluffing Ethical”, “conscious misstatements, concealment of pertinent facts, or exaggeration” are all permissible in the business “game” just as they are in the game of poker. (See my critique of Carr’s article here: “4 Reasons Secular Humanism is Bad For Business”)

The Apostle Paul wrote, “Don’t you realize that in a race everyone runs, but only one person gets the prize? So run to win!” (1 Cor. 9:24). A purely Capitalist interpretation of this verse may lead one to assume that Paul was suggesting we should take a zero-sum-game, Darwinian, survival-of-the-fittest, winner-take-all approach to doing business. After all, only one person (or company) gets the prize! Right?

Being better than someone else (or another organization) does not define a person/organization of excellence in a Biblical sense. Biblical excellence is about being in a state of continuous improvement. It’s not about trying to conquer other people and organizations, particularly when we are supposed to be leading them as disciples of Jesus.

The “prize” to which Paul was referring in 1 Corinthians 9:24 was not market share for his tent-making business. The prize for which he was striving to attain was his full participation in God’s plan for his life.

In the context of your work in the business world, part of your “prize” includes your full participation in your part of the Lord’s disciple-making mission. In the gospel, there is enough of this “prize” for everyone to attain.

Focus on Getting Better, Not Bigger

Around the year 2000, the famous fast-food chicken chain, Chick-fil-a, was facing its first major competitor. Boston Chicken, which is now known as Boston Market, was preparing to launch an aggressive growth strategy that involved opening hundreds of new restaurants. The threat posed by Boston Market became a major topic in the Chick-fil-a board and executive-level meetings.

In somewhat of a reactionary panic, the Chick-fil-a board and executives began to promote the need to counter Boston Market with an aggressive growth strategy of its own.

In the middle of a meeting, Chick-fil-a’s sagely founder, Truett Cathy, slammed his fist on the conference table and said, “Gentlemen, we don’t need to get bigger. We need to get better. When we get better, our customers will demand that we get bigger.”

Capitalism and any other economic system must be fueled by the Great Commission to operate in a God-honoring way.

Rather than focusing on competing for market share, we are called to focus on setting the standards for our industries in the unique ways in which God has called each of us to lead.

Rather than aiming to be better than others, we are called to lead and disciple them. Our mandate to make disciples is the “bottom line” for every Christian.

Discussion: With all other things being equal, would a disciple-making approach to business tend to make a company more or less successful than a company that primarily uses a competitive approach?