Four Notable Business Transactions in the Bible: How God Has Used Wealth to Establish His Covenant With Humanity 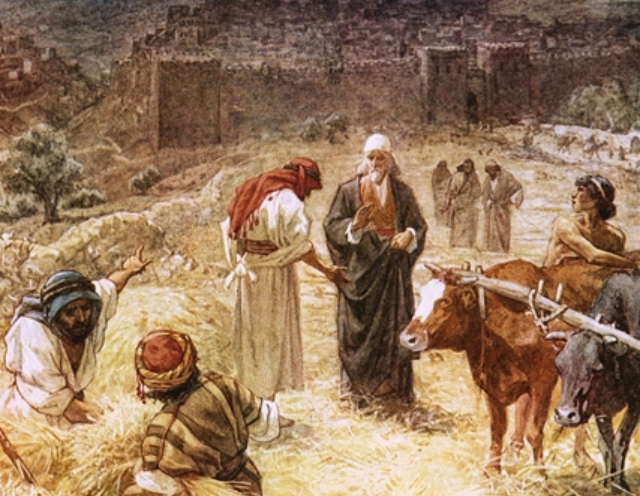 “But remember the Lord your God, for it is he who gives you the ability to produce wealth, and so confirms his covenant, which he swore to your ancestors, as it is today” -Deuteronomy 8:18, emphasis mine

Could it be that every business transaction plays a role, some more evident than others, in God’s mission on earth?

How would you do business differently if you knew that each commercial transaction could be part of God’s plan to establish His covenant with humanity?

The only commandment in Deuteronomy 8:18 is to “remember the Lord your God.” The commandment isn’t to “go produce wealth” or to “establish God’s covenant.” Providing the ability (e.g., intelligence, connections, resources, etc.) to produce wealth and confirming His covenant are evidently actions God performs on behalf of His people as we “acknowledge Him in all [our] ways” in business and everywhere else (Prov. 3:6a).

In this article, let’s explore four of the most notable biblical examples of God using wealth He provided to a person through whom He worked to establish His covenant with humanity–whether that person was intentionally cooperating with Him or not.

Wealth Used to Lay Claim to a God-Given, Multi-Generational Inheritance: The Field and Cave of Machpelah (Genesis 23:1–20)

Although Abraham describes himself as a “foreigner” in the land at the time when he made the monumental purchase of the Cave and Field of Machpelah (Gen. 23:4), this plot of land was part of Canaan, which God had promised to Abraham in Genesis 12:7, 13:14, 15:18, and 17:8. As such, this acquisition was a seed investment into the Promised Land, a foretaste of the territory Abraham’s descendants would occupy 400 years later. In time, Abraham, Isaac, Leah, Rebekah, Jacob, and Joseph would also be buried in the Cave of Machpelah.

How did this property acquisition occur?

When Sarah died in Canaan, Abraham approached a group of locals (Hittites) about purchasing a burial site for her. This begins the first biblical account of a burial as well as the first commercial transaction recorded in the Bible.

They replied to Abraham, “Hear us, my lord, you are a mighty prince among us; bury your dead in the choicest of our graves; none of us will refuse you his grave for burying your dead” (Gen. 23:6).

After standing and bowing to them as a sign of mutual respect and gratitude for their offer, Abraham requested to purchase the nearby Cave of Machpelah at full price from one of the Hittites named Ephron, stating he wanted to purchase ‘ăḥuzzâ, a permanent right to the land (Gen. 23:9).

Ephron then offered to give the cave to Abraham–evidently, free of charge–plus the entire field in which the cave was located. He said to Abraham, “No, my lord, hear me; I give you the field, and I give you the cave that is in it. In the presence of the sons of my people I give it to you; bury your dead” (Gen. 23:11).

As previously demonstrated by Abraham’s rejection of war spoils offered freely by the King of Sodom, Abraham seemed to prefer outright ownership of property rather than entering into vague agreements with potential strings attached. After his victory over the wicked kings, Abraham told the King of Sodom, “I have raised my hand to the Lord God Most High, Creator of heaven and earth, that I will not accept even a thread, or a strap of a sandal, or anything that belongs to you, lest you should say, ‘I have made Abram rich’” (Gen. 14:22-23). Accepting a gift in this Ancient Near Eastern culture would have obliged Abraham to future reciprocity toward the giver, and Abraham wanted no such relationship with neither the King of Sodom nor Ephron the Hittite.

Recognizing Abraham was insistent on purchasing the field and cave outright, Ephron said, “My lord, listen to me; a piece of land worth four hundred shekels of silver, what is that between me and you? So bury your dead” (Gen. 23:15). The number “400” would have been significant to Abraham as it was the exact number of years God had previously told him his descendants would be enslaved “in a country not their own” (Gen. 15:13).

So Abraham then “weighed out for Ephron the silver which he had named in the hearing of the sons of Heth, four hundred shekels of silver, commercial standard” (Gen. 23:16). Thus, “the field and the cave that is in it, were deeded over to Abraham for a burial site by the sons of Heth” (Gen. 23:20).

As we will see in our fourth example discussed in this article, this would not be the last time the Bible records the momentous story of a parcel of land being purchased as a burial ground for foreigners.

Like Abraham, how can you use wealth to lay hold of God’s promises to you and yours?

Wealth Used to Express Repentance and Worship: Threshing Floor of Ornan the Jebusite (2 Samuel 24 and 1 Chronicles 21)

After David committed the sin of taking a census God hadn’t requested, God was angry with him and required him to choose between three punishments:

David chose the plague, explaining that he would rather be subject to the wrath of God than the wrath of men. So the Angel of the Lord inflicted a plague that killed 70,000 men of Israel.

When the Angel of the Lord reached Jerusalem, God ordered the angel to stop at the exact moment when the angel was over a threshing floor owned by a Jebusite named Ornan. God instructed David to build an altar there, which would become the site of the Temple Solomon would build.

As in the account of the Machpelah transaction, David is offered the property free of charge but, like Abraham, refuses to accept it as a gift. David said, “No, but I will certainly buy it from you for a price; for I will not offer burnt offerings to the Lord my God that cost me nothing” (2 Sam. 24:24).

According to the Book of 2 Samuel, David paid 50 silver shekels for the threshing floor and the oxen. However, 1 Chronicles adds that David also purchased the surrounding area, a plot of land large enough for Solomon to build the temple. This additional information explains why 1 Chronicles records that David paid 600 gold shekels for the property while 2 Samuel says he paid only 50 silver shekels.

Flowing from a heart of repentance and worship, David used his wealth in this transaction to purchase the site where God’s people would worship him and seek forgiveness for their sins for generations to come.

Like David, how can you use wealth to express repentance and worship toward God?

Wealth Used to Make a Prophetic Point About God’s Unfailing Kindness: The Field of Anathoth (Jeremiah 32)

The prophet Jeremiah had been thrown in prison for prophesying that the King of Babylon would invade and conquer Jerusalem.

The Babylonians then paused their invasion for a few weeks to confront an attack by Egypt (Jer. 37:5). During this temporary withdrawal, Jeremiah’s cousin came to Jerusalem and offered to sell his father’s field in Anathoth to Jeremiah.

Although Jeremiah was still in prison and had a divine revelation about the impending fall of Jerusalem to Babylon and the subsequent exile of God’s people, he purchased the Field of Anathoth from his cousin for 17 shekels of silver. He signed the deed in the presence of his cousin and a group of witnesses and gave these instructions to one of the witnesses named Baruch:

Although the purchase of land days before its conquest by foreign invaders seemed to make no rational sense from a financial standpoint, he bought the land to make the prophetic point that God’s people would one day return to the land and possessions He had given to them.

Just as God promised, the Southern Kingdom of Judah fell to the Babylonians.

Like Jeremiah, how can you use wealth to reflect God’s unfailing kindness?

A Transaction Motivated by Satan that Led to the Ultimate Sacrifice for Sin: The Field of Akeldama and the Hiring of Judas (Luke 22 and Acts 1)

God has a way of causing wealth used for unrighteous purposes to result in establishing His covenant.

When “Satan entered” Judas (Luke 22:3), Judas went to the enemies of Jesus to develop a strategy for getting rid of Him. They agreed that 30 pieces of silver would be paid to Judas in exchange for his service of sedition (Matt. 26:14), an amount equal to the price of a slave (Exod. 21:32).

Approximately 500 years prior, Zechariah prophesied the exact amount of money for which the Messiah would be betrayed: “And the Lord said to me, ‘Throw it to the potter’—the handsome price at which they valued me! So I took the thirty pieces of silver and threw them to the potter at the house of the Lord” (Zech. 11:13, emphasis mine).

Full of remorse for what he had done, Judas returned the blood money to those who hired him and then hanged himself. Rather than returning the blood money to the Temple treasury, the money was used to buy a field called Akeldama (i.e., “Field of Blood”) as a burial ground for foreigners.

As in the story of the first commercial transaction recorded in the Bible (i.e., Abraham purchasing Machpelah as a burial ground in a foreign land), the money used to betray Jesus was also used to purchase a burial ground for foreigners.

Although Judas and the Temple authorities intended for this transaction to benefit only themselves, God leveraged this business transaction to ensure the world was given a Savior.

If we choose to acknowledge God in all our ways concerning wealth and business, He will direct our paths, and–like Abraham, David, and Jeremiah–we’ll get to experience the joy of seeing God reveal His covenant through us and what He entrusts to us.

Discussion: What does Deuteronomy 8:18 mean to you? Do you believe every business transaction plays a role, some more evident than others, in God’s mission on earth? How has God been at work establishing His covenant through your business transactions? 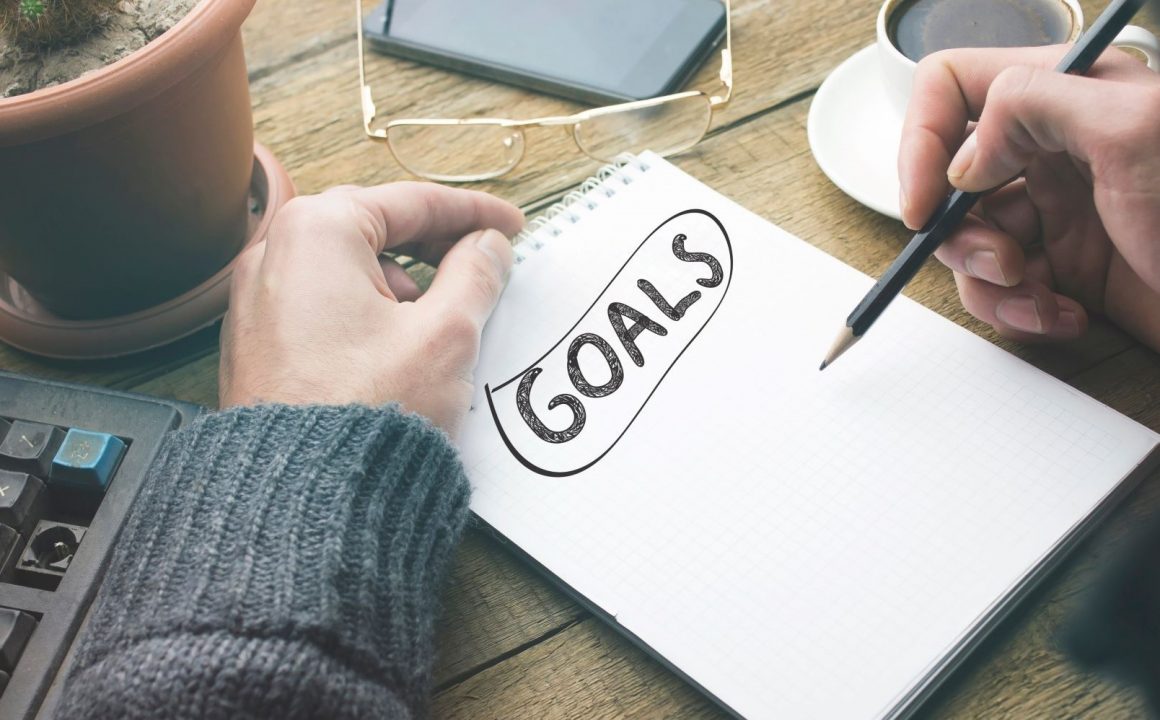 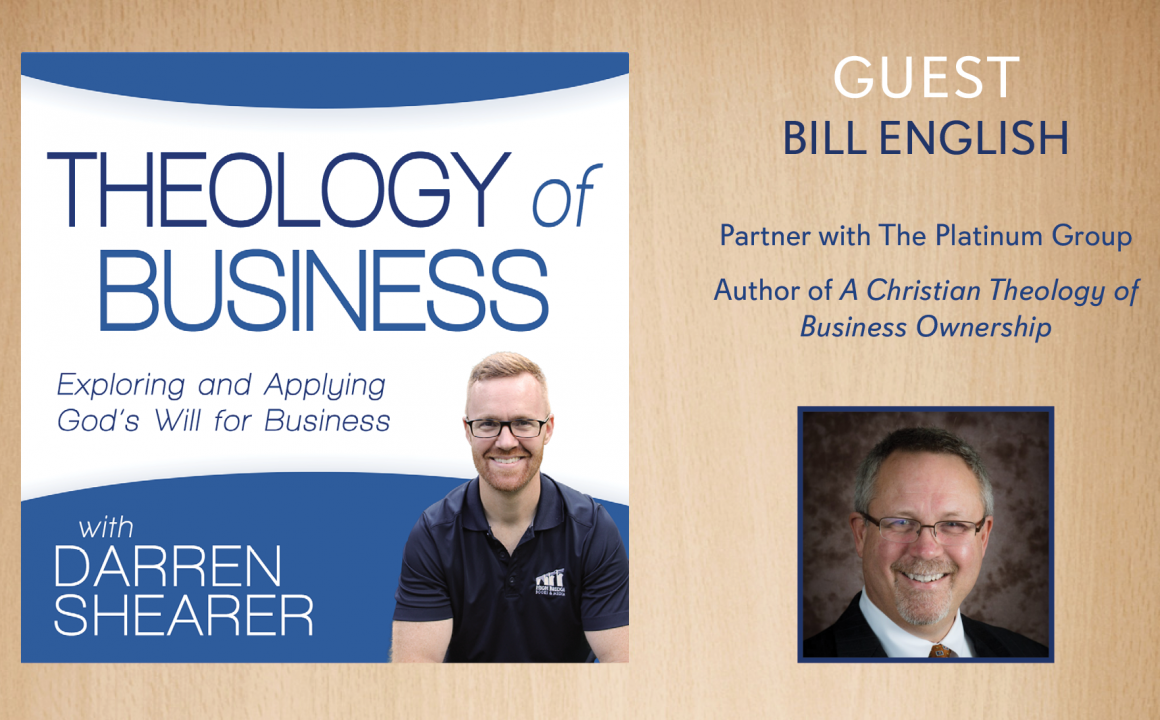 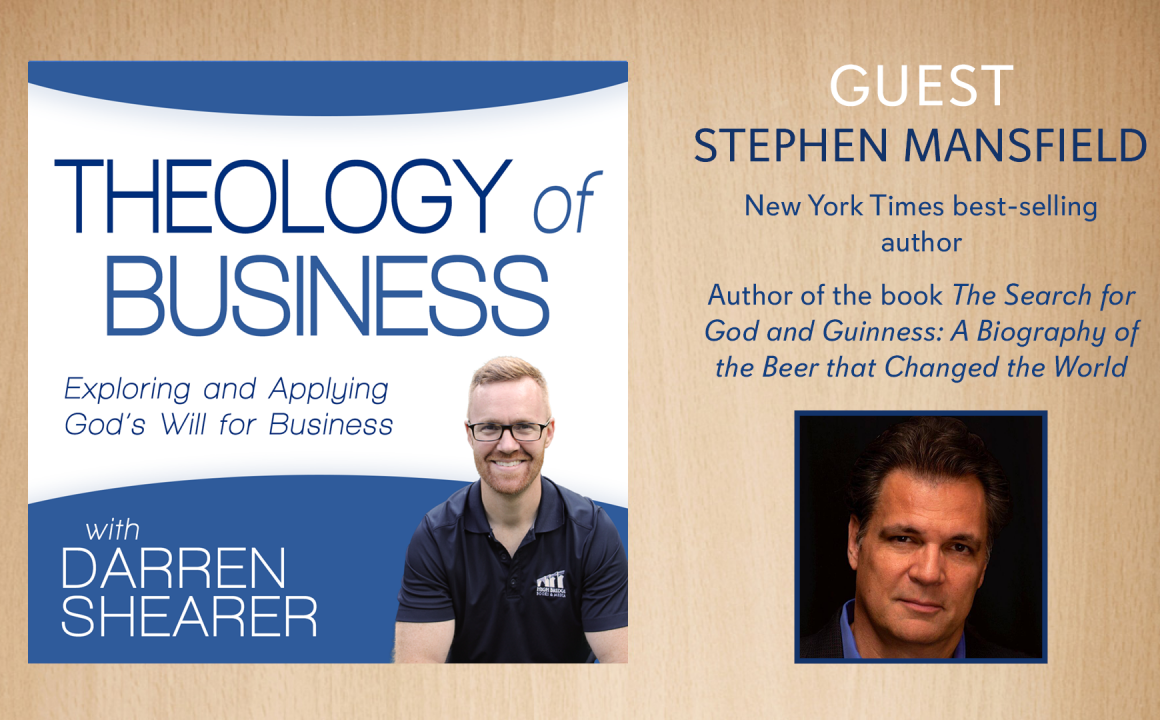