What Do the Pharisees Sound Like in Your Industry? 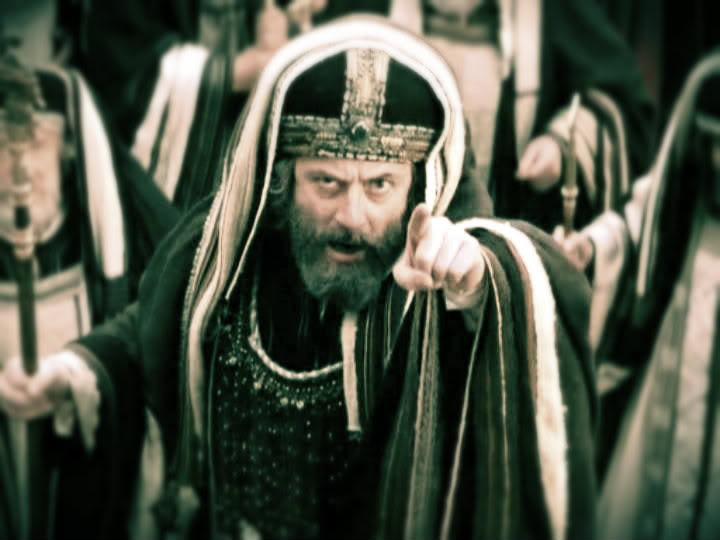 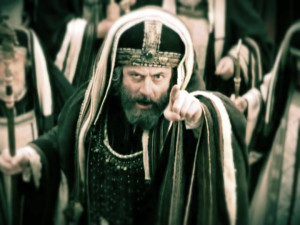 Are you confronting the status quo in your industry to serve people more effectively? In your community? In your nation? In the world?

When jets and trucks began to dominate the transportation business in the 1960s and 1970s, railroad companies declined rapidly. While this may seem logical considering the new advents in technology, it was the railroad companies that were in the best position to take advantage of these trends in the transportation industry. They should have led the shift instead of getting punished by it, maintaining the status quo instead. They knew transportation better than any of these new trucking and airline companies.

As Theodore Levitt pointed out in his influential article, “Marketing Myopia,”[i] the heads of these railroad companies mistakenly assumed that they were in the railroad industry when they were actually operating within the transportation industry. Because of their myopic thinking, they were focused more on gaining market share from their fellow railroad companies than they were on meeting their customers’ needs. Their customers just wanted transportation as quickly and efficiently as they could get it. They didn’t necessarily need railroads to get this need met.

Jesus knew that you must be willing to transcend tradition to meet people’s needs effectively. When Jesus began his three-year marketing campaign, he was faced with a tremendous amount of opposition from the previous generation, particularly from the teachers of the Jewish law. The Pharisees were among the most highly-educated teachers of the Jewish law, which made them the most popular celebrities and power-brokers in their communities. They allowed their popularity to swell their arrogance. They created a self-serving competition out of conformity to the religious laws. Because they attended the best schools and were the most highly educated about these laws, the competition was rigged in their favor. While Jesus highly respected the law that they were seeking to keep, he transcended their unjust and arrogant applications of the law.

For example, the Pharisees ridiculed Jesus for helping people on the Sabbath Day, the day of the week on which no work was to be performed. He helped people on the Sabbath anyway, saying, “The Sabbath was made for man, not man for the Sabbath.” Jesus transcended selfish interpretations of the law. He used this type of phrasing repeatedly: “You have heard it was said… but I say to you…” and “I tell you the truth…” These were introductory statements that he followed with corrected interpretations and applications of the law.

Jesus let these Jewish power brokers know that their unethical practices would no longer go unchecked. He revolutionized communities by restoring a system of justice and righteousness that wasn’t based on outward appearances and behavior. It was focused, first of all, on the condition of a person’s heart. He threatened their status quo, which won the allegiance of the outcasts while enraging the wealthy and powerful. For these reasons, his enemies attempted to discredit him with statements such as,

As the founder and CEO of an indie publishing company, I recognized the need to transcend some of the dead traditions in my own industry. There are still many people in the publishing industry that have downright snooty attitudes toward any form of book publishing outside of the “traditional” book deal (i.e. author gets advance payment to write the book, publisher absorbs 100% of the costs, author gets only an 8% royalty, etc.). While this attitude is dying with the advent of author-driven publishing and digital publishing, there are still those that would say, “If you didn’t get a traditional book deal, you can’t say that you’re a ‘published author.’” This logic would be like saying to an entrepreneur, “If you bootstrapped your company, you can’t say that you’re a ‘true entrepreneur.’” Those able to transcend tradition know better.

These Pharisaical attitudes are present in every industry. It’s the attitude that says, “We do it that way because it’s always done it that way.” Your industry needs Jesus-like courage and fresh approaches from you to transcend its dead traditions.

When organizations derail, it is often because they lose sight of people’s needs, focusing instead on preserving their own traditions and investments. Especially when the movement is laced with immorality and poor stewardship, the greatest enemy of the present movement in a society or organization is often the previous movement. Because the bastions of yesteryear’s methods often have a great deal invested in old structures and paradigms, things continue being done the same way because they’ve always been done that way—even when they take advantage of people or waste resources.

What dead traditions do you need to start transcending in your industry to serve people more effectively? In your community? In your nation? In the world?