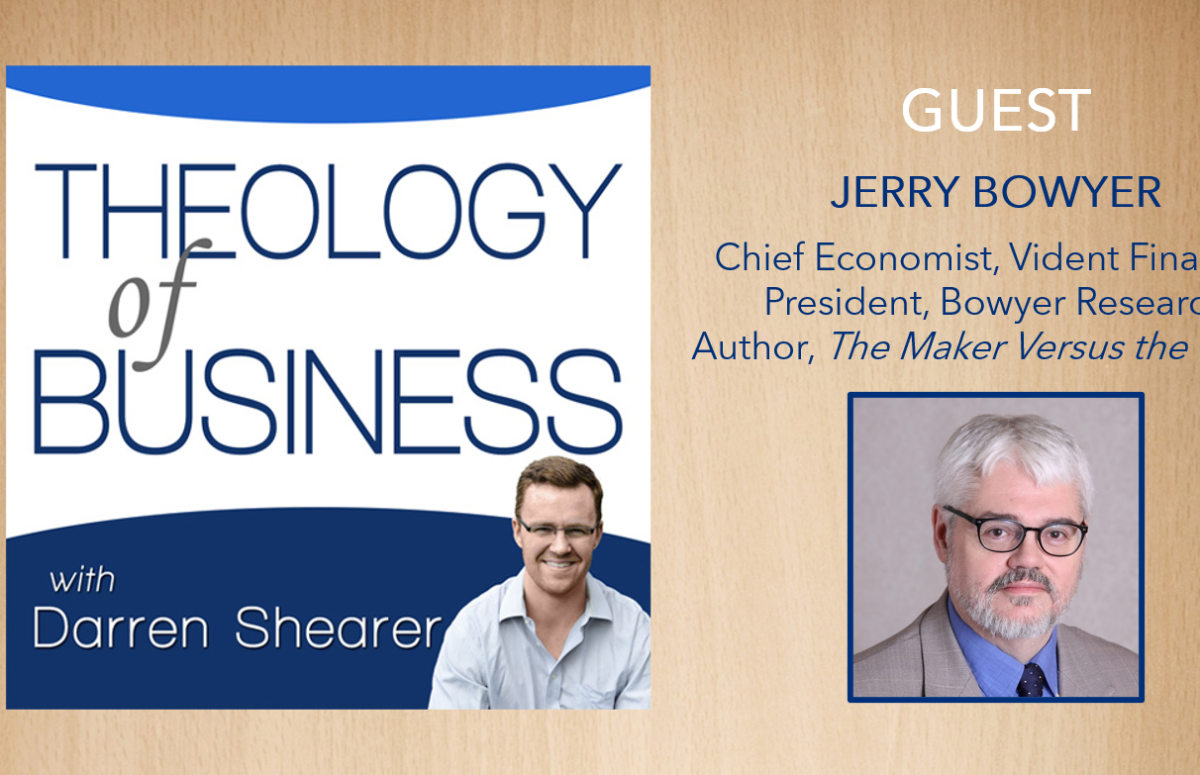 On this episode, Jerry Bowyer offers an interpretation of Jesus’ teachings on money-related issues within the framework of where and to whom He was speaking.

Questions explored in this episode:

Jerry is the Chief Economist of Vident Financial, Editor of Townhall Finance, and President of Bowyer Research. He is also Resident Economist with Kingdom Advisors, and serves on the Editorial Board of Salem Communications.

He has been Forbes.com columnist and a frequent commentator on Fox Business News, Fox News, and CNBC. He has been a contributing editor of National Review Online, The New York Sun and Townhall Magazine, and he has written for the Wall Street Journal and for numerous other publications.

He’s the author of the new book, The Maker Versus the Takers: What Jesus Really Said About Social Justice and Economics.